Today we took a field trip to the state capital in Richmond, Virginia. Our first two speakers were Fernando Mercado-Violand and Saman Aghaebrahim, who deal with outreach for Governor Ralph Northam. They talked to us extensively about how they deal with citizens all across Virginia, particularly with minority groups and groups that tend to be underrepresented in the Commonwealth. After that, we heard from Jared Calfee, who is an Executive Director for Virginia21, which has chapters in colleges all across the state. He talked to us about civic engagement among young people, especially those in college. Then, he had us do an activity where we split into groups and came up with a goal, message, strategy, and events to encourage voter registration in college campuses. Our last speaker in the morning, Traci DeShazor, the Deputy Secretary of the Commonwealth, and she talked to us about criminal justice, particularly about pardons and clemency.

After our morning speakers, we went on a tour of the Virginia State Capitol Building where we saw some phenomenal history such as the old house room and a statue of George Washington. We also got to learn some interesting facts about the State Capitol Building like the dome that can be seen from the inside is not visible from the outside and that it was not in the original building. Another interesting fact was that the original model of the building, whilst still seemingly intact, has had so many layers of paint added over time that the detailing has faded away so another model, which is historically accurate, had to be made.

After the tour of the Virginia State Capitol, we took a tour of the Governor’s Mansion, seeing the various historical rooms and famous paintings. We were treated to a nice surprise when the First Lady of Virginia arrived at the mansion, and two policy groups were given the opportunity to inform Mrs. Northam about their policy proposals. Following the tour, we returned to the capital to take beautiful pictures on the steps of the Virginia State Capitol. The last guest speaker that we listened to was Miles Gordon, the legislative aide to Delegate Jeff Bourne. He talked about problems that Delegate Bourne is working to fix, including affordable housing and education. After a rewarding and exciting day in Richmond, we returned to UVA to relax and work on our policy projects. 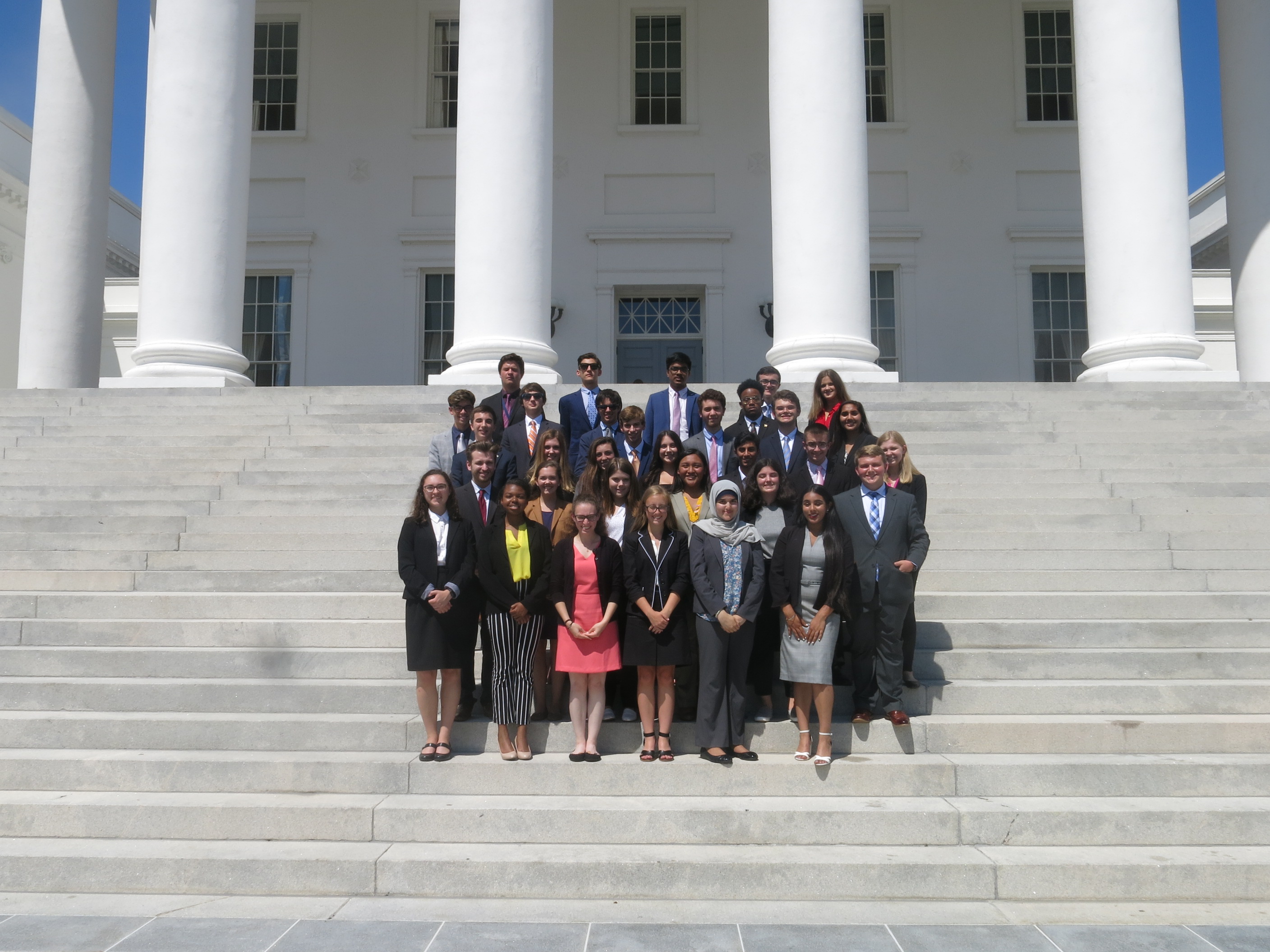